Our journey to buying a thatched cottage

Our decision to buy this particular thatched cottage happened very quickly but it was the culmination of a much longer journey towards buying somewhere in Ireland.

We are both from Ireland but now live in London. We had always wanted to own our own home in Ireland. We were also keen to leverage Audrey’s skills as an interior designer. Audrey has her own design business in London and works with people to renovate their homes yet we had never undertaken a renovation of our own. Increasingly it felt like we needed to take action on these longer term goals.

Following the housing market crash in Ireland we were watching property prices in Ireland for a few years and finally around early 2015 we felt the timing was becoming right. The market had recovered and property prices were increasing in Dublin, yet in the countryside prices were still relatively flat with supply quite high. Also with sterling very strong against the euro it felt like a window had opened that may not appear again for a very long time.

Why a thatched cottage?! The market was swarming with large family houses and classic countryside bungalows at bargain basement prices. For the same money we could have picked up a large family home in the countryside. When we told people about the purchase, we could see they were afraid to ask us the obvious question – why don’t you get more for your money? (and you are crazy, aren’t thatch roofs a nightmare – but we’ll leave that to another post!)

I think its important here to define what ‘more for the money’ means to us. More can mean more bedrooms, more space and more land. More can mean re-sale value, proximity to town or south facing. However to us, more meant character, uniqueness and longevity. We wanted something timeless, a piece of history, something unique to the special country we had left behind. It wasn’t long before searching daft.ie that we came across the first thatched cottages, and instantly we were curious.

We first fell in love with another cottage in Spiddal, a Gaeltacht (Irish speaking) community in Connemara, not far from Galway City. We placed an offer on this but ended up a bidding war and lost. We were quite devastated, which surprised us. We really had our heart set on a thatched cottage more than we realised.

A couple of months passed and the thatch idea had far from waned, so we planned a trip back to the west. We blitzed it for 2 days viewing a wide range of properties around county Galway, finding this gem buried away near Headford. It was literally buried behind overgrowth, damp inside and in need of significant work – but we instantly knew this was the one for us. 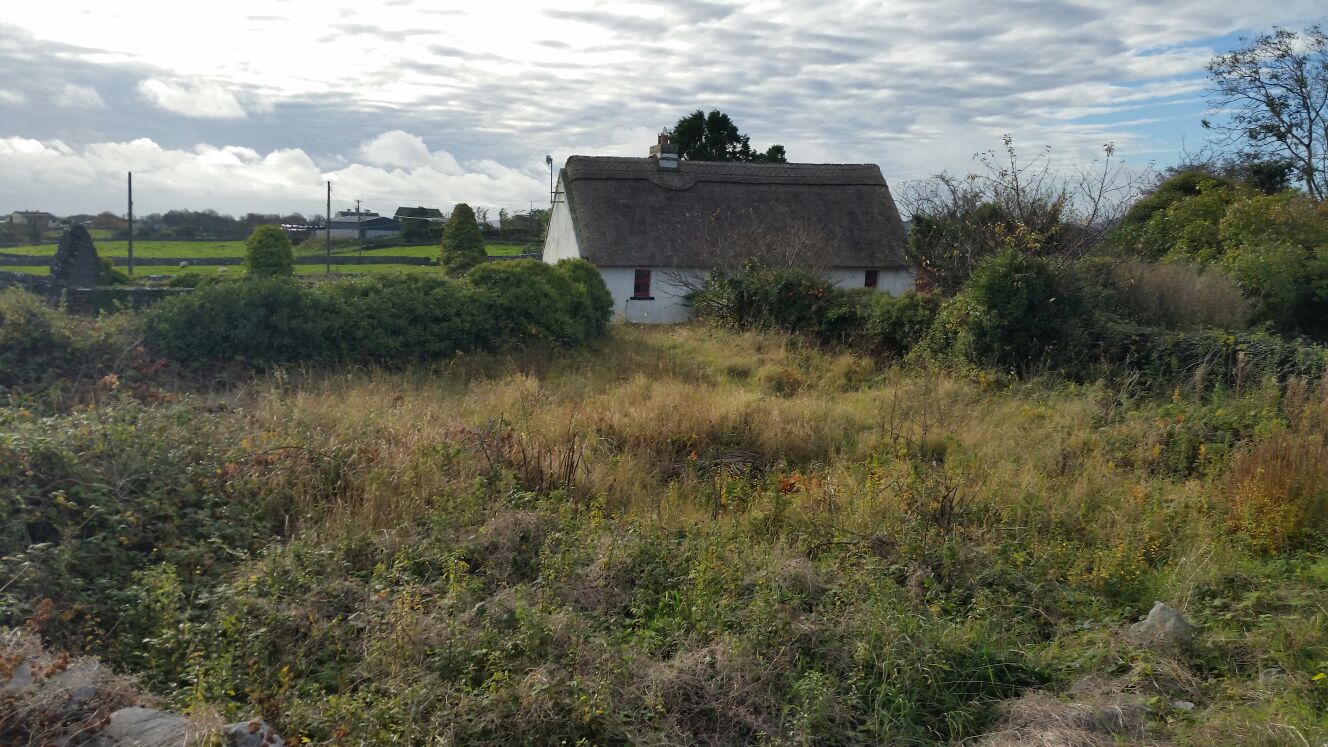