It had not been mentioned in our survey that sewage waste from the cottage was being processed via a macerator.

A macerator takes sewage waste and disintegrates it so it can be pumped away via a small pipe. We had seen a skinny pipe outside the back wall but assumed it was a water pipe leading to the bathroom. In fact this was the macerator pipe but we were still a bit confused why the sewage didn’t just flow directly to the septic tank without this pumping mechanism.

It soon became apparent that the cottage is in fact built on a large slab of limestone rock. The macerator approach avoided having to dig into the rock and lay sewage piping.

Discussing it with our builders we decided that having a macerator wouldn’t be the best plan longer term. Macerators can be prone to failure, need an electrical supply and the exposed pipe protruding from the back of the cottage was both unappealing and at risk of freezing in a particularly cold winter.

Tom and Laurik decided to dig out a trench for sewage piping that would provide a direct route using gravity to the septic tank. This required digging through solid rock and care needed to be taken to avoid vibration damage to the cottage.

They eventually came up with a technique whereby they used circular saws to partition sections of rock and a jack hammer mounted on a digger to dig it out. They used lasers to ensure they were getting the correct angle such that gravity could do it’s job.

A big job but well worth it, and aesthetically the back of the cottage looks much better as a result. 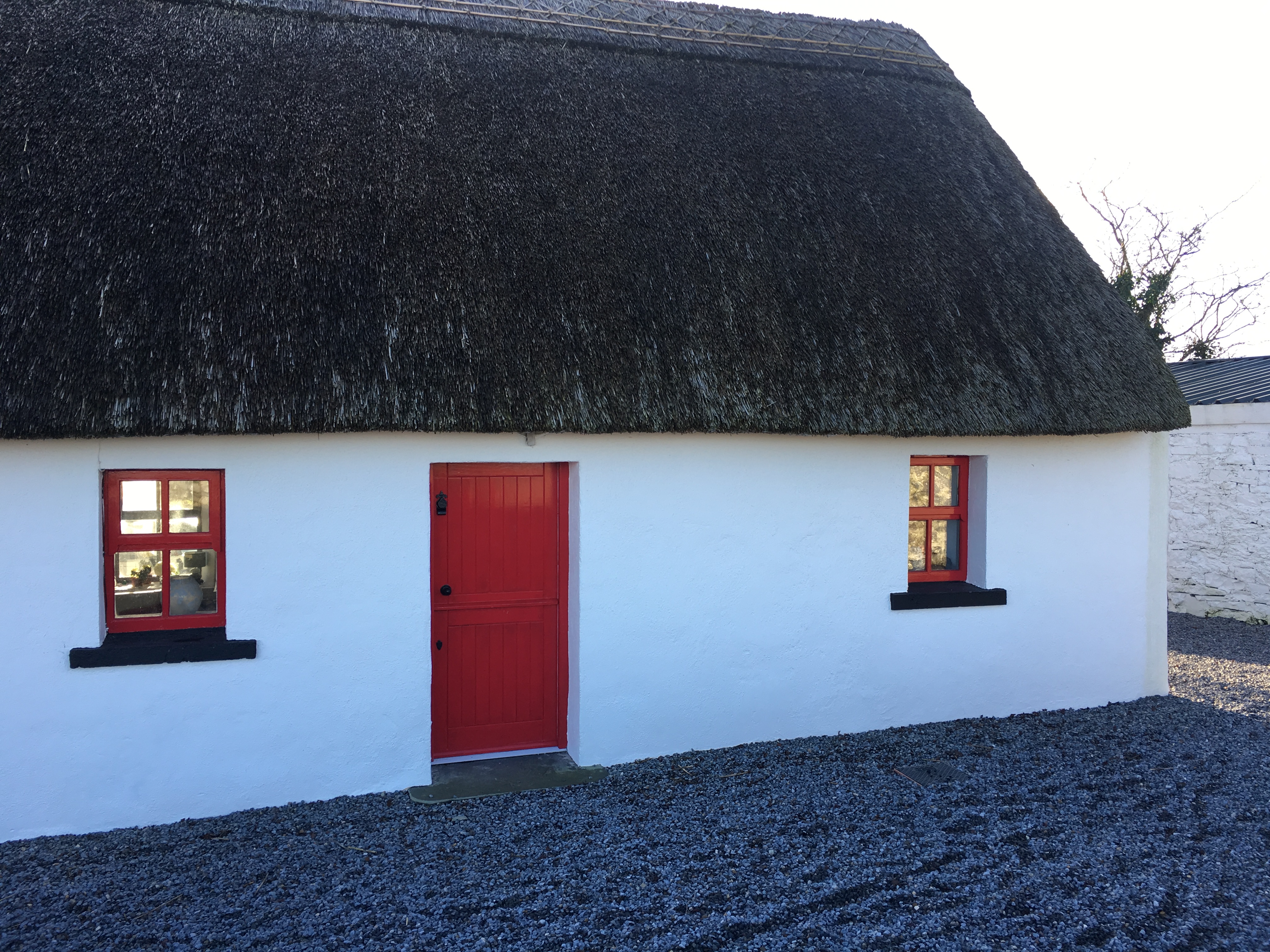 Is a thatched roof asking for trouble?