After first seeing the cottage in July the sale finally went through at the end of October and we headed to Galway to pick up the keys.

We had only seen the cottage in the summer months and each day Galway had welcomed us with beautiful sunny skies. Despite the overgrowth and work required, the cottage always looked striking and it was that image and our belief in its further potential that kept us motivated during the purchasing process.

Now on a dark day in October as we headed to the cottage for the first time as owners, we couldn’t help contemplating what might await us both on arrival and during the months and years ahead.

With the warm summer long gone would the cottage be plagued with damp?

Did we really understand all the renovations required? Were we going to run out of money and be left with a half-completed uninhabitable cottage?

Was it a huge mistake to take on such a project with us both working full-time in London and having a 3 year old child?

As we drove down the lane to the cottage and saw it appear behind the trees our nerves were instantly calmed! We relaxed and started to enjoy the adventure.

We opened the door to find that the previous owner had cleared away much of the excess furniture and possessions, more than We expected which was great. The cottage had been vacant for a couple of years and there was a damp/musty smell in the air. We set about airing the place out and doing some basic cleaning of surfaces and floors. Then we lit the woodburning stove and dragged out a large old rug which made a huge difference. A couple of hours later it already felt much fresher inside.

Audrey and I were willing to stay in the cottage whatever the condition, but we had our 3 year old daughter to think about and needed to be sure it was clean and safe enough for her. We had a backup plan that we could stay in the Anglers Rest Hotel in Headford, but as evening approached and we started to get the place into shape, we had to stay in our new cottage, insects and all! We inflated some airbeds on the mezzanine floor and settled in for the night. 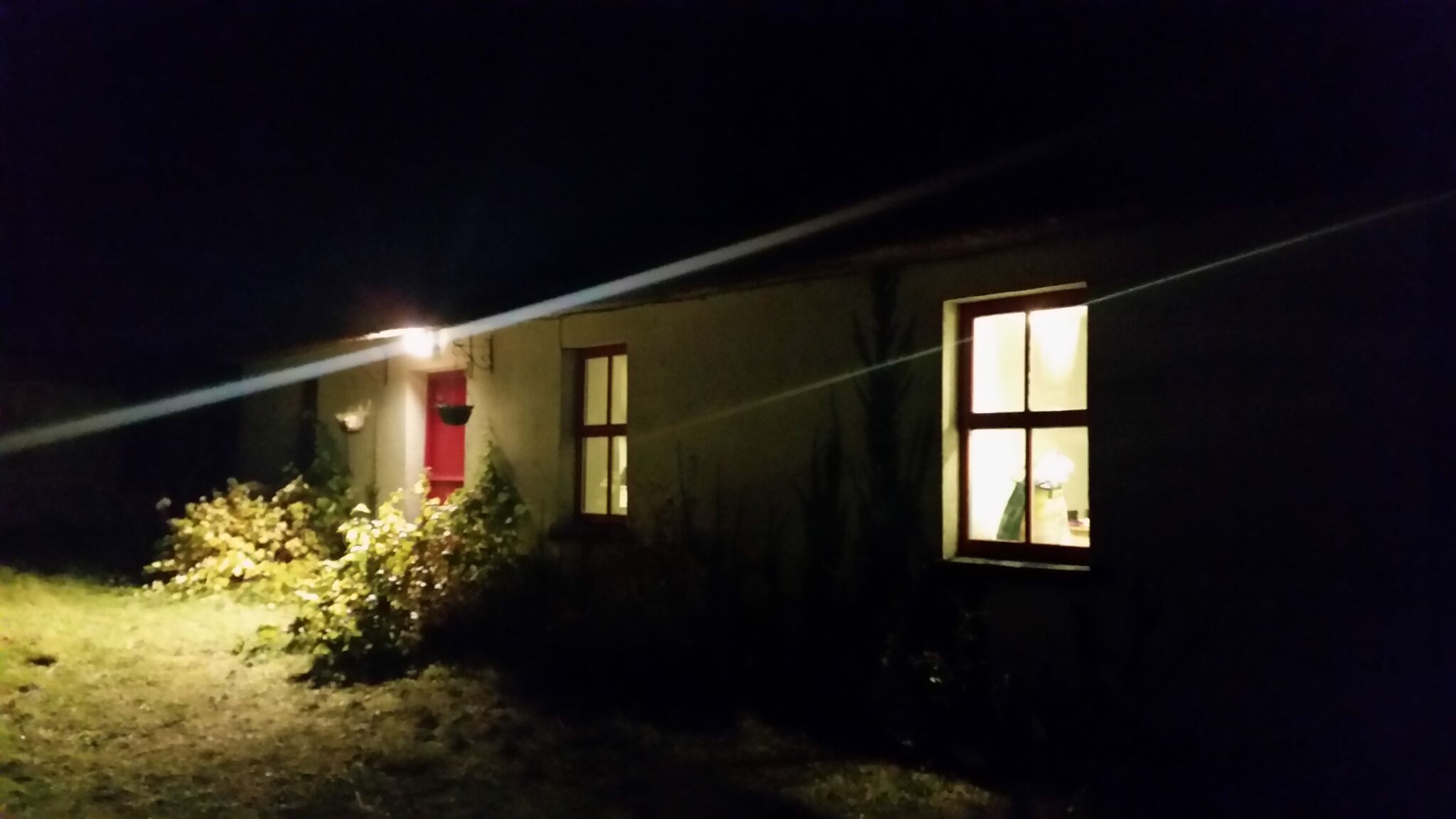 The next morning we were up early and it was time to get outdoors. We continued to clear things out and were able to have a proper look around the grounds of the cottage. 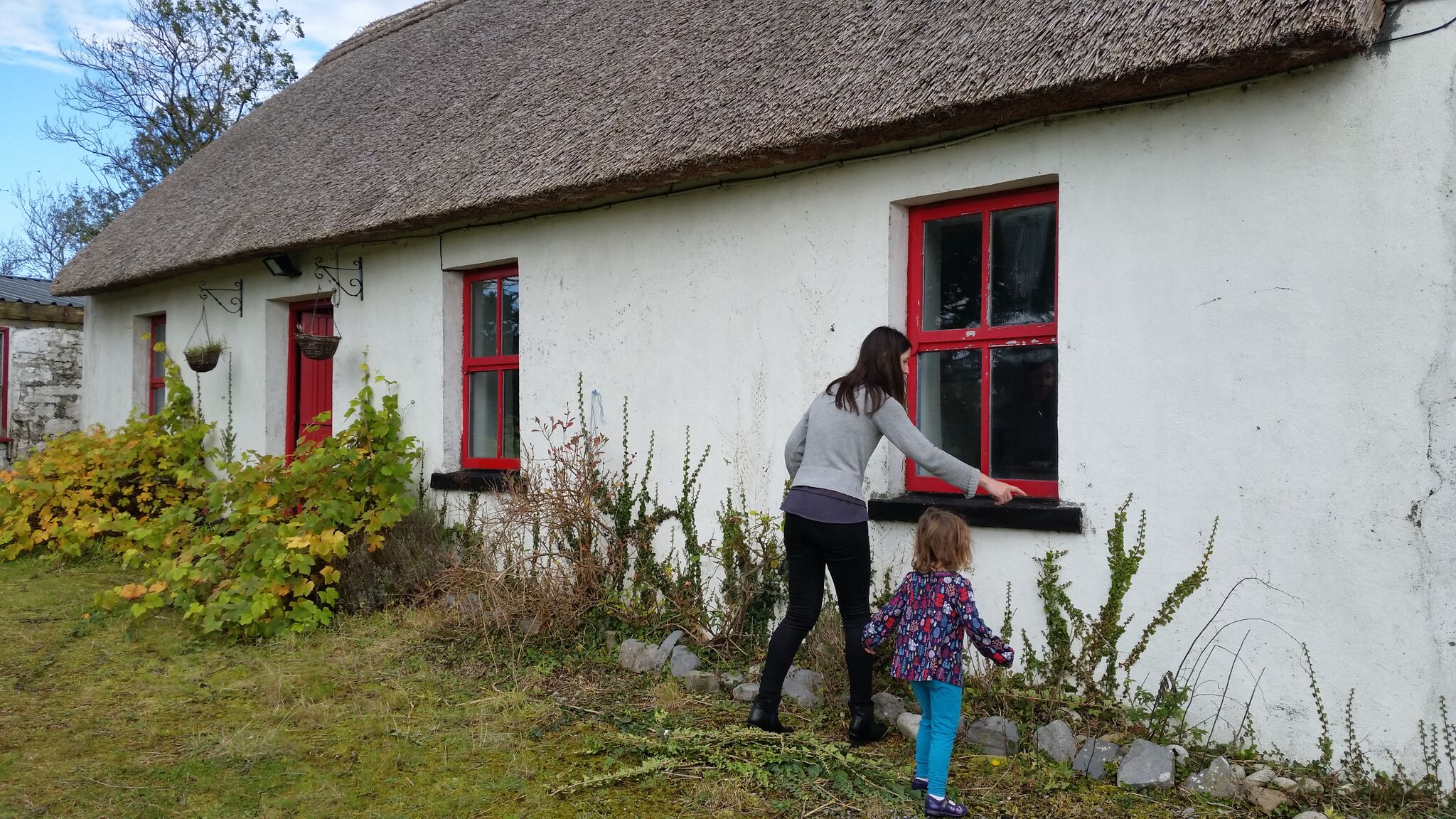 Over the next few days, we started to make a list of all the immediate things we needed to do if we were going to stay at the cottage while we started on the renovation project.We needed to get an assessment of the electrics and if at all possible we realised we would need internet access to help organise the project as we could not get data on our phones. We realised we would be very dependent on the woodburning stove but found it to be inadequate to heat the cottage. At a very minimum until we looked into getting a new bigger stove we would need to get the chimney swept for safety.

We left that weekend and went back to London both excited and daunted by the mammoth task ahead. We started by planning a trip for a few weeks later, our hope being that we could carry out some of these initial improvements before Christmas.

This project was certainly not something we could tackle alone.

During the purchasing process we decided we needed to seek out a building company. We needed someone who shared our passion for bringing historic properties back to life. We wanted the renovations to be sympathetic to the original character of the building and it’s features while transforming it into an idyllic place for us (and in time, hopefully others) to spend relaxing and memorable holidays. A small ask!

We were starting from scratch, working from London so our only option was to start googling Irish building companies. We found three that appeared to be actively involved in conservation work and whose experience and outlook appeared to be a good match for our needs. I contact contacted them all to see if we could arrange a meeting on site at the cottage to get some initial costs together and to help us figure out how realistic the project might be (or whether we were just crazy!!).

The first one was booked up for ten months (!) and would not be able to take on a new project until the following June.

The next one was going to charge a fairly substantial initial fee for a feasibility study, which may have been ok if we actually owned the property, but we were obviously trying to keep costs down at this stage (knowing that there was a costly road ahead!).

The third company we contacted bounced back with keen interest in the project, we had a phone call to discuss and the friendly builder called Tom offered to meet us on site.

In August 2015 we met Tom at the cottage and talked through the issues from the survey, our hopes and fears! He was very supportive and shared our passion and vision for the cottage. He also said ‘if we didn’t buy the cottage he knew someone else who would!’. 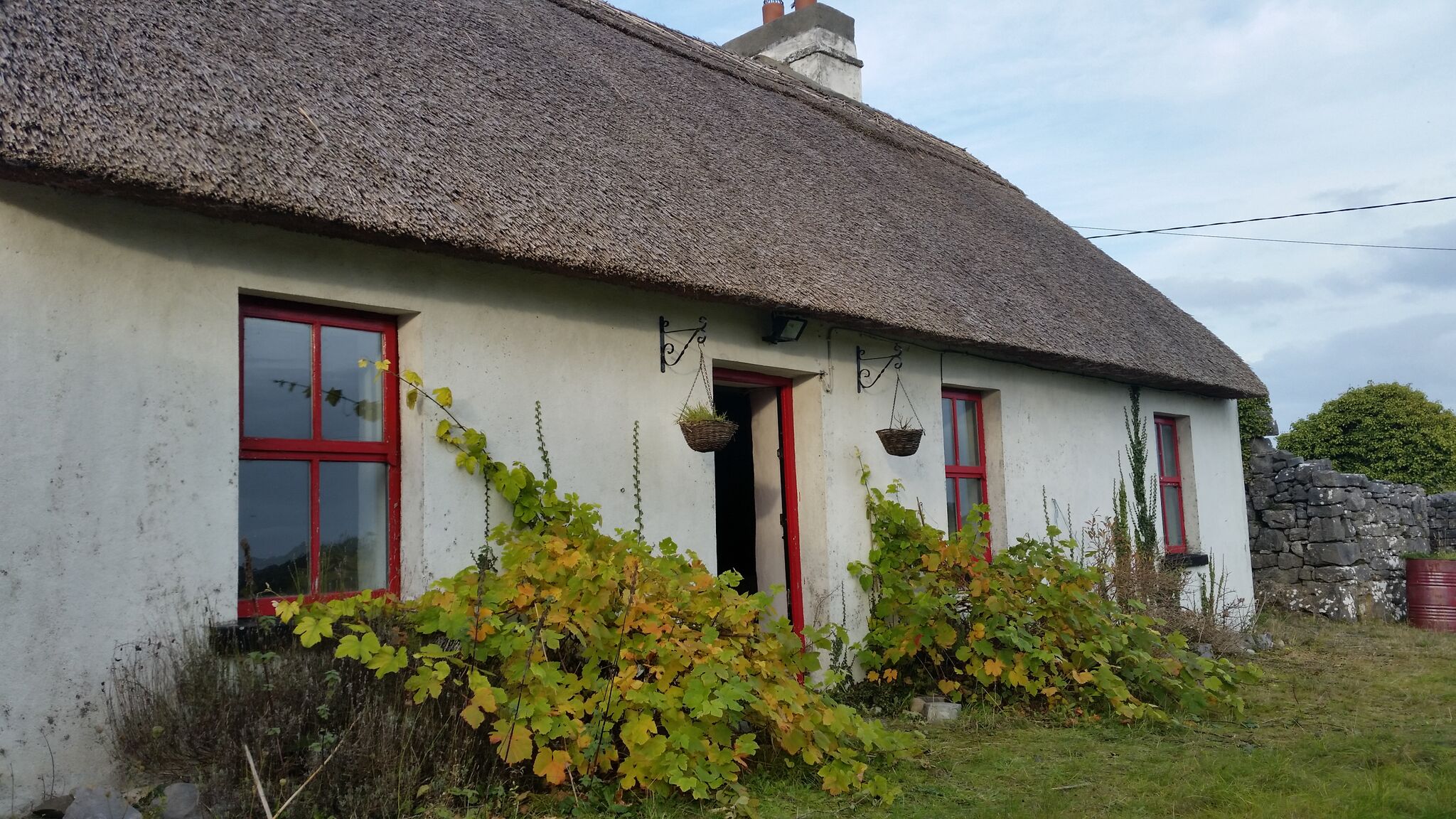 The survey and damp issues

I remember when we bought our first place in London and were incredibly excited when the survey arrived in the post.

After the drudgery of flat hunting for months, price negotiations (I mean agreeing to pay more than we ever imagined) and convincing a bank to give us a mortgage after one of us had just been made redundant, it was time for the tide to turn. This was the good bit, that little bit of process at the end, the proof that we had indeed been clever enough to choose the most perfect property on the market at the best possible price.

Wrong of course. Our survey for that little flat threw up so many issues it delayed the sale by 6 months and in the process we learned more than we had ever planned to about leaseholds, freeholds and English property law.

Hardened from multiple experiences like this we set out to get a survey on the cottage and braced ourselves for a laundry list of bad stuff – the surveyor did not disappoint! 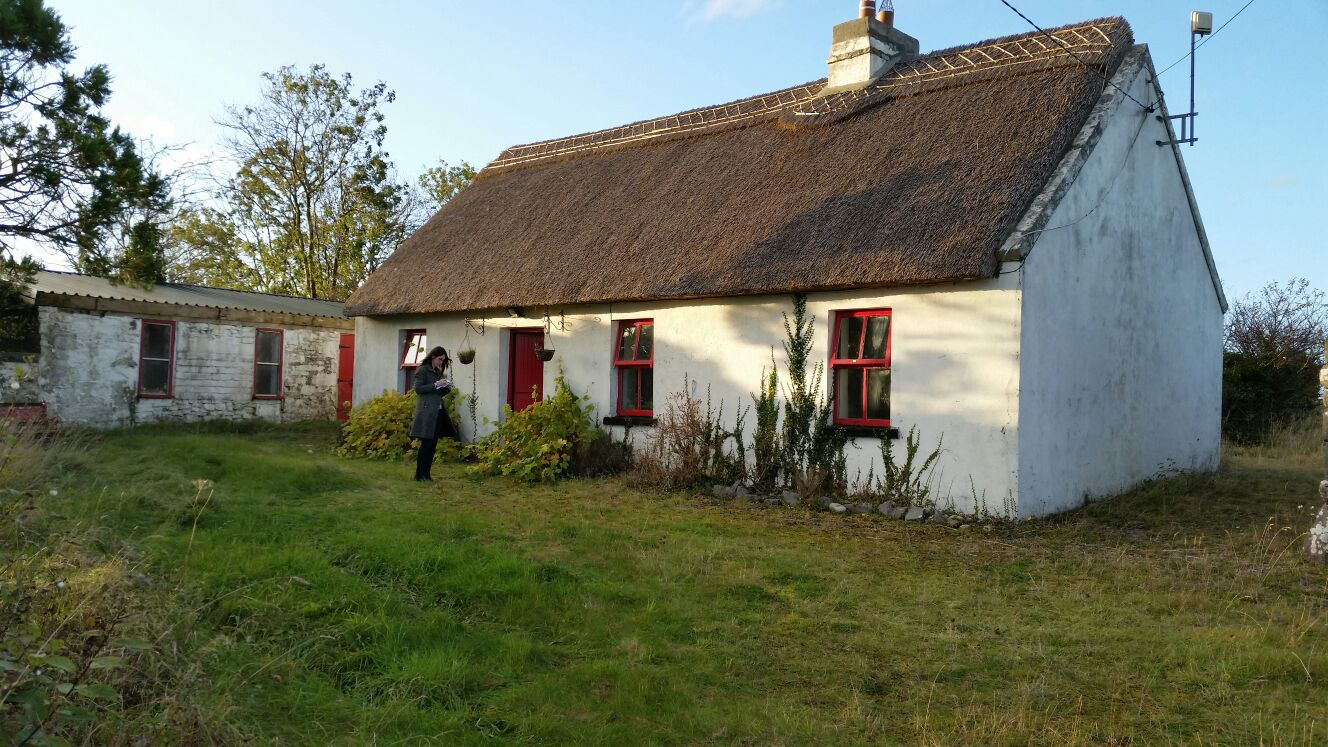 There were a bunch of problems. The state of the septic tank could not be determined, the sewage plumbing in the cottage was not fit for purpose and plumbing in general needed some work. There was a water leak buried somewhere under the concrete in the bathroom causing damp in that area. There were structural problems with the chimney and they were recommending that it be replaced. Also a raft of other minor issues from joinery to window repairs.

We were expecting issues like that, but what we didn’t expect was such an extreme diagnosis on the damp related issues in the cottage. The surveyor carried out a number of rising damp tests. They do this by measuring the moisture in the walls at different heights above ground. Ours showed significant moisture – the walls were very wet inside.

The reason was that the old stone walls had at some stage (perhaps in the past 50 years) been re-rendered with cement. Traditionally cottages had been finished with lime based materials which allow the absorption and evaporation of moisture more naturally. Cement, the cheaper alternative, locks in the moisture leading to rising damp.

The solution suggested was to completely re-render the whole cottage. This would involve a painstaking process of removing the cement and replacing it with lime based mortar, for all walls, both inside and outside the cottage.

This was giving us second thoughts on the purchase. We expected work, but early estimates had this adding another third or half to our budget. Thankfully our builder Tom was much more pragmatic. While he agreed that the preferred solution would be to re-render, he was willing to look at other options.

Tom suggested digging a french drain around the cottage to stop moisture entering the walls. Water had been draining off the thatch roof into the ground below, soaking back into the walls. A french drain would help divert the water away from the cottage.

We liked this plan and finally had the confidence to proceed with the purchase.